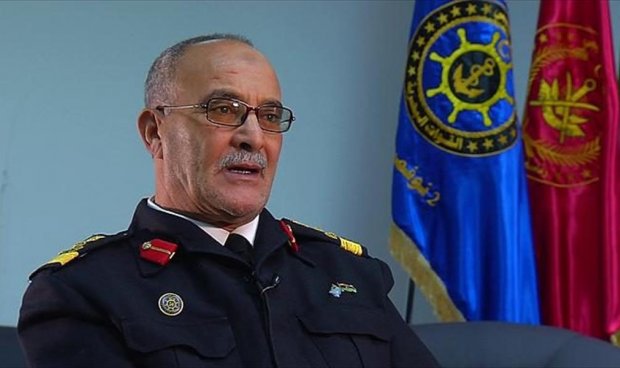 Naval spokesman Ayoub Qassem has launched another attack on what he sees as the EU’s plan to turn Libya into a huge migrant camp. But this time Qassem has also struck out at the coastal communities that he says refuse to help the coastguards stop the people-smugglers.

He said that there was a lack of cooperation from locals as well as the failure of the authorities and municipalities to play their role in combating human trafficking.  In an interview with Libya Channel TV, he blamed the lack of help on conflicts and local tribal issues. But he warned that 2017 looked as if it would see the highest ever level of migrants attempting to leave the Libyan coast.

He claimed that it could take just four hours from launching from a beach to being picked up by an EU naval vessel or NGO rescue ship. The EU was actually boosting the migrant flow through Libya.

“This encourages the people smugglers to send even more crowded boats which have no safety measures”.

The Italian government has said that the number of migrants arriving in Italy is currently up by some 18 percent this year.

Qassem warned that if the Coastguard gave up trying to stop the smugglers, it would mean accepting that Libya had become a transit corridor for hundreds of thousands of migrants. This would, he said, be a disaster. He insisted that illegal migration would be resisted for as long as possible.