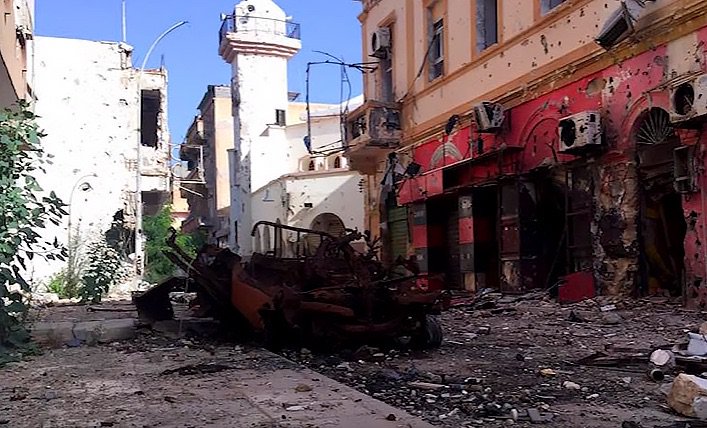 The Libyan National Army (LNA) claims to have today taken the long-shuttered and now badly-damaged fish market which gives its name to Benghazi’s Suq Al-Hout district.

Troops were able to advance along Dernah, Al-Ageeb and Zuwara streets also pushing militants out of the century-old Erkheis mosque which, unlike many surrounding buildings, has escaped significant damage.

The militants have moved further into the old town and are reportedly retreating north-eastwards toward Sabri. For cover they are using the long Suq Al-Thalam  “the dark market ” part of which is the Suq Al-Jreed.

A key position still held by the insurgents is Al-Jumhuria hospital which links Suq Al-Hout to the last militant enclave of Sabri. This district has been hit by a series of air strikes over the last 48 hours and army sources say that there are many snipers waiting for the main LNA advance to begin.

The LNA has given no figures for its losses over the past two days and since last week has not reported the death or capture of any militants.