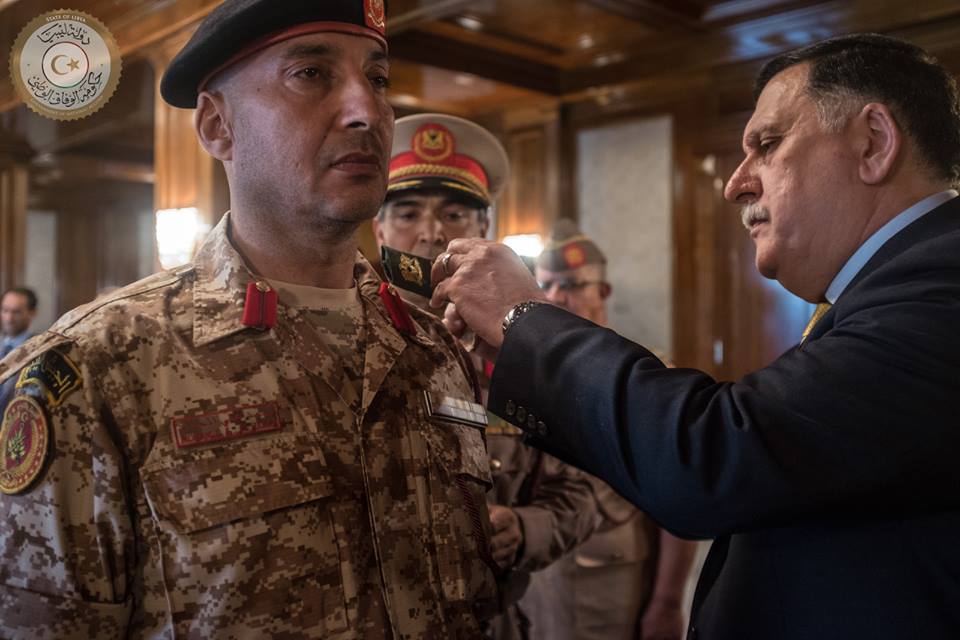 During the installation ceremony, both military officers were promoted to Major Generals.

The two men were officially appointed on June 04.

“The practical steps to build the Libyan National Army have just started.” said Sirraj in the ceremony.

He stated that the military institution should stay away from the political tension.

The Presidency Council’s move is expected to be rejected by the eastern Dignity Operation Command.

Osama Al-Jwaili is the top commander of Zintan Military Council, while Al-Haddad is a senior commander of Al-Halboos Brigade in Misrata, a.k.a. Infantry Brigade 301; both are at odds with Dignity Operation commander Khalifa Haftar.