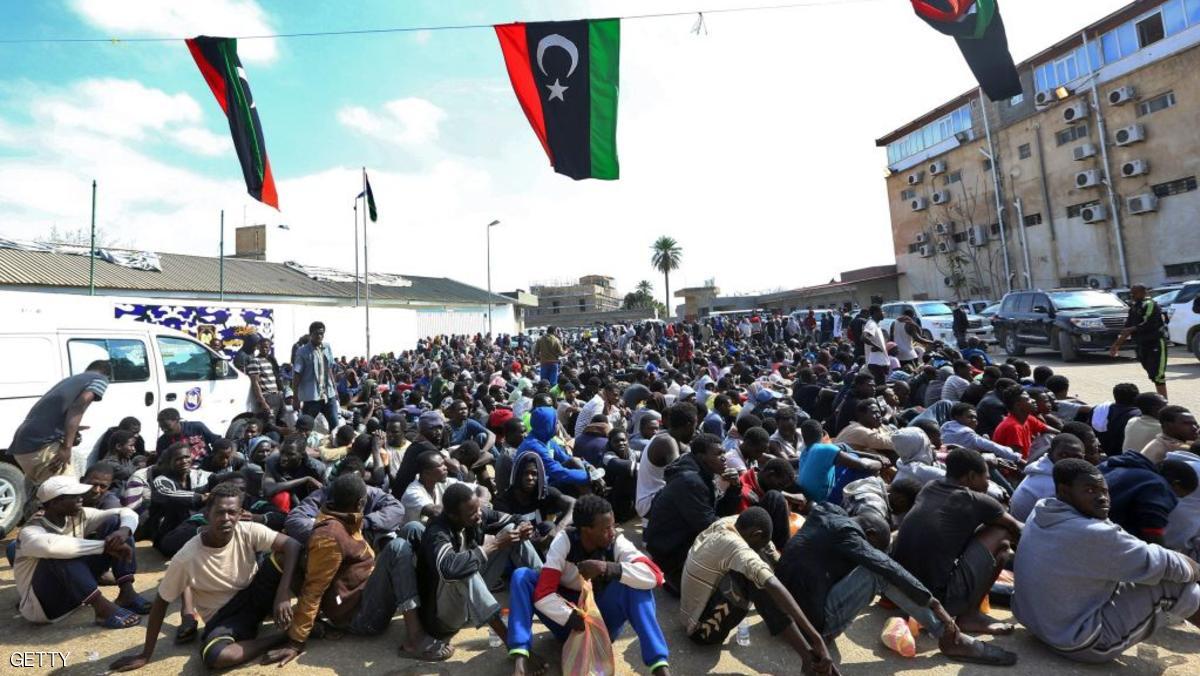 Libya: A Political and Economic Trainwreck

Libya is in a Catch-22 situation—political agreement cannot be reached without economic improvement and political stability is necessary to revive the economy. Turning the economy around is contingent on oil production and exports coming back on line, at least in its initial phase. In order to produce and export at full capacity, the country requires peace and security that allows for the resumed functioning of its oil wells and terminals. A political agreement—the Libyan Political Agreement—was reached among the main parties in Skhirat in December 2015, but it has not been effective. The eastern part of the country, which includes the “oil crescent,” is under the control of the House of Representatives and based in Tobruk. It is supported by Field Marshal Khalifa Haftar and his Libyan National Army (LNA). The Tobruk faction has not recognized the Government of National Accord (GNA) sitting in Tripoli, which was established by the agreement and has international support. This has created a bipolar political system in Libya. All attempts to reconcile the two parties have so far failed. It remains to be seen whether the newly-appointed UN Secretary General’s Special Representative to Libya Ghassan Salame will succeed where his predecessors have failed. This lack of a political agreement is mostly responsible for the ongoing economic crisis.

The Libyan economy has been in a virtual freefall since the overthrow of Muammar Qaddafi. The six years from 2011-2016 have seen negative growth rates of real GDP, rising unemployment, higher inflation, a substantial decline of exports, a sharp fall in the foreign exchange reserves of the Central Bank of Libya (CBL), and a rapidly depreciating value of the Libyan dinar vis a vis the US dollar in the parallel market. Two particular indicators highlight the collapsing economy. One, nominal GDP in 2016 fell by more than half compared to 2010, to $33.2 billion from $73.6 billion. Two, Libya had a per capita income of over $11,000 in 2010, but by 2016 it had fallen to a little over $5,000.

This year promises to be no different. International agencies such as the International Monetary Fund (IMF) and the World Bank are optimistic that the economy will stabilize in 2017 and economic growth will recover and become positive once again. This optimism is based on two critical assumptions—a political settlement will be reached, and oil production will come close to pre-2011 levels.

Unfortunately, through mid-2017, it is evident that neither of these assumptions look particularly realistic. If the political situation remains as unsettled as last year, and oil production and exports do not rise significantly, economic performance in 2017 will merely be a repeat of the previous years. Economic growth will continue to be negative, per capita incomes will decline further, unemployment will rise, inflation will be higher than the twenty-seven percent rate reported in 2016, and international reserves will come down to below $50 billion compared to $110 billion held by the CBL at the end of 2010. The overall picture will remain grim this year.

While it is almost always the case that political turmoil and military conflicts negatively affect the economy, in Libya the connection is much more direct. That is because oil is the lifeblood of the Libyan economy and anything that affects oil production and exports has a very large effect on the overall economy. Oil accounts for over two-thirds of GDP, ninety-six percent of exports, and nearly ninety-eight percent of government revenues. This very high degree of dependency naturally ensures that oil production and oil price movements are the fundamental drivers of the Libyan economy.

During 2000-2010, Libya produced an average of 1.6 million barrels per day (mbd) of oil, and exported an average of 1.5 mbd. Since then, as the Bloomberg chart below shows, oil production has been very volatile; this volatility can be attributed primarily to political events in the country. Control of the oil fields and ports by different warring groups within Libya have resulted in oil production averaging only about 400,000 bpd between 2013 and 2016. In 2017, oil production has started to rise and, assuming no major political shock, is projected to reach 1 mbd by the end of the year. Even if that happens, oil production for 2017 as a whole will be no more than around 700,000-800,000 bpd. 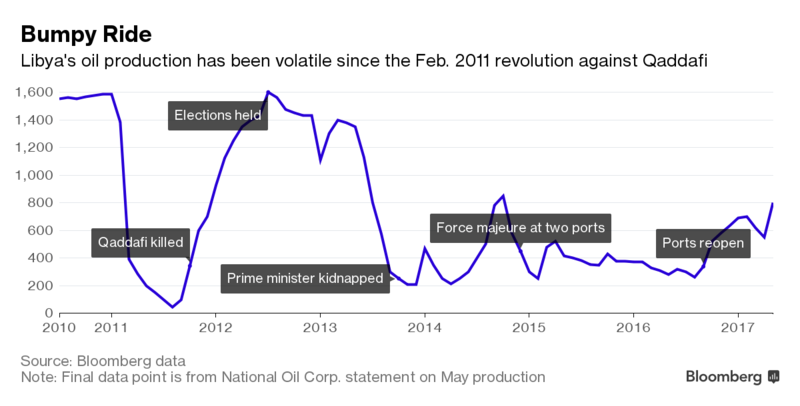 The non-oil part of the Libyan economy is very small. The National Oil Corporation (NOC) receives the oil revenues and transfers them to the government via the CBL. It is only when the government starts to spend these revenues that there is any impact of oil on the economy. In other words, the government is the main economic agent in the country. The private sector has not been able or allowed to develop, and an onerous bureaucracy and regulatory system have kept private businesses small and basically involved only in the provision of services, particularly retail and wholesale trading. It is very telling that in the World Bank’s Doing Business Report 2017, Libya ranked 188 out of 190 countries on the ease of doing business; only Eritrea and Somalia had lower rankings.

Evidently, to revive the economy, the most immediate priority must be to ramp up oil production and exports. Then the country can move to macroeconomic stabilization. Other important structural reforms to diversify the economy such as building a modern financial system, improving the business climate, and reconstructing and developing the country’s aging and damaged infrastructure, while critical for the long-run economic development of Libya, will have to be put on the backburner until the economy gets moving. This in turn will only happen when oil production and exports pick up and the government is able to spend the revenues it obtains from oil.

But this is entirely dependent on a political settlement. To reach such a settlement, it is critical that all Libyan parties understand that their survival and the wellbeing of the country is based on the revival of the economy. This depends on the ability of the oil industry to effectively achieve maximum production. Ultimately, Libyan factions must agree that without oil flowing, Libya’s future is bleak.