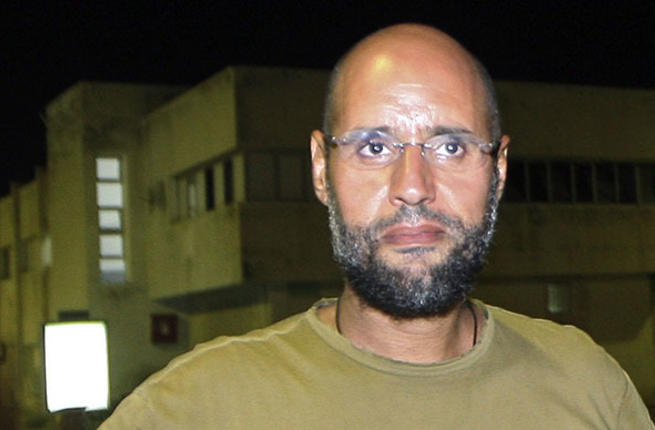 Libyan money in UAE could end up in Saif Gaddafi’s hands, report

The Sunday Times reported investigators following up the case of Libyan smuggled money abroad as saying that about 30 billion dollars out of 50 billion in the United Arab Emirates could end up going to Saif Al-Islam Gaddafi – the recently released son of late dictator Muamar Gaddafi.

According to the report of the British newspaper, there is no evidence that the UAE has executed the decision to freeze those Libyan assets.

“Big sums of money are in the UAE, Saudi Arabia and other Gulf States.” The newspaper says.

The United Nations Security Council froze in 2011 the assets of Gaddafi family, however; the UN explained this month that it had opened an investigation into dubious transactions related to bank accounts for people close to Gaddafi and the ex-regime.

Most of those accounts under investigation are in the UAE, the Sunday Times says.

Saif Al-Islam Gaddafi has been released from prison about over ten days ago by the Zintan-based Abu Bakr Al-Siddiq Brigade, which had been holding him for over 6 years, citing the amnesty law issued by eastern government and parliament in Libya.