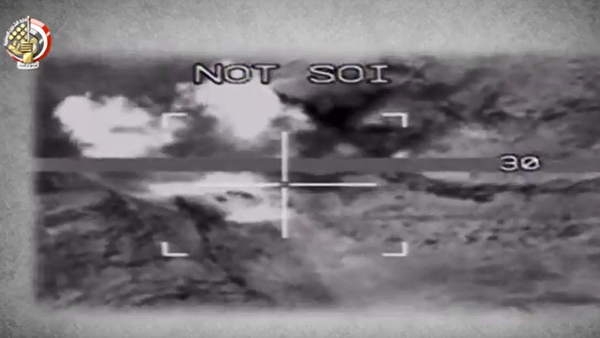 Egypt’s army forces foiled an attempt to smuggle arms into the country through its western border with Libya, the military said Sunday.

The Egyptian air forces launched a reconnaissance mission Saturday following intelligence received that “criminals” in 4×4 vehicles were in the process of crossing into Egypt, the army said in a statement, according to Ahram Online.

During the operation, which continued into Sunday, forces destroyed 15 vehicles “laden with weapons, explosives and other smuggled items.” Ahram Online added.

Forces launched a hunt to catch the “criminals,” the statement added.