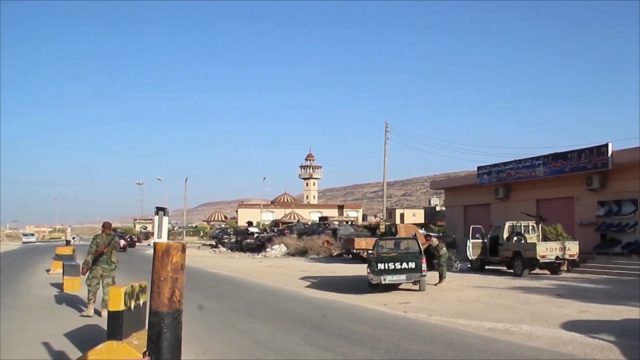 Sources from the city of Derna, East of Libya, told LIBYAPROSPECT that the city is suffering under the siege that has been imposed for more than four days by the forces of the Dignity Operation under the leadership of General Khalifa Haftar.

Haftar’s forces strengthened the blockage, a few days ago, after the forces of Shura Council of Mujahidi Derna shot down the warplane of Haftar’s forces and killed the military pilot and his assistant.

Haftar’s forces decided to close all ways that lead to Derna in addition to carrying out sudden attacks from time to time on the defence lines in the city.

The sources stated that Haftar’s forces cut even the gas and fuel supplies that feed the city and prevent the lorries from delivering the food and vegetables to the city.

The sources confirmed that the city is suffering a lack of drinking water and disruptions of electricity.

The social media had circulated images showing citizens from the city walking and trying to avoid the check points to find food and water from the neighbouring areas.

The other problem is that there is only one hospital in the city, which called for saving the pregnant ladies and the new born babies because of the lack of the medical oxygen.

Shura Derna accused Haftar’s forces of helping large groups of the terrorists of Daesh from Al-Fataeh area, east of Derna, last year, and let them go easily to the city of Sirte.