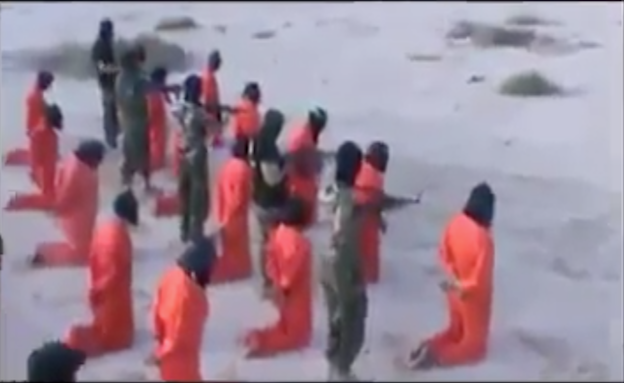 A human rights group has held the Libyan National Army (LNA) and its allied armed groups responsible for misconducts that amount to crimes against humanity in the country’s second city of Benghazi.

In a statement published on Tuesday, the Human Rights Solidarity organisation based in the Libyan capital, Tripoli, called for urgent action to stop what it called mass killings.

The statement came after the group documented the unearthing of six bodies from a dumpster in the eastern neighbourhood of Shabneh in Benghazi on Monday night. The bodies showed signs of torture with bullet holes in the head and chest areas.

Some of the bodies were still bleeding, which the group said meant that the killings were recent.

The organisation said that this was the third incident of its kind since the LNA, run by General Khalifa Haftar, took control of Benghazi from rival armed groups last month after a three-year campaign.

The LNA remains heavily dependent on alliances with local brigades and tribes.

Five of the six were identified by their families. Human Rights Solidarity said that the victims were “kidnapped by military forces” from their homes and were taken to an unknown location.

“The growing phenomenon of finding the bodies of victims of torture is an indicator of the disruption of injustice in most areas of Libya,” said Khaled Saleh, a researcher from Human Rights Solidarity.

“In some areas, the judiciary and law enforcement agencies are barely functioning, which had led to a culture of impunity.”

Saleh said that this was the main reason for the growing tide of killing people in cold blood.

“Locally, there is no reaction or efforts by the various Libyan authorities, and on the international level there is a terrible indifference,” he added.

The organisation has called on the LNA, which is aligned with the eastern government based in Tobruk, to protect citizens.

Additionally, it demanded the UN-recognised government in Tripoli to take the necessary measures to curb abuses committed by armed groups operating under the banner of “Operation Dignity”, the name of the military operation that the LNA used to take control of Benghazi.

Libya has been locked in a state of violence and turmoil since 2011, when a bloody popular uprising ended with the overthrow and death of former leader Muammar Gaddafi.

The country has splintered into rival political and armed groups, with the factions backing opposing governments and parliaments in the east and the west.