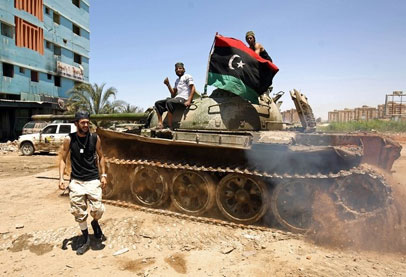 Pro-Haftar Omar Al-Mukhtar Operations Room is preparing for carrying out a land attack on Derna city in the coming days after the crippling siege that has been laid by Haftar’s forces on the city depriving them of basic humanitarian needs.

The spokesman of the Dignity Operation forces, Ahmed Al-Mismari, revealed a plan for the attack on Derna by controlling strategic spots in the city including Wadi Al-Naqa area and western entrance of the city, which was used by Derna Shura Council fighters in several attacks against Haftar’s forces.

In that area, there is a force called “Awliya Al-Dam” (blood Owners) a group of civilians related to the victims of Al-Qubba explosion two years ago, when over 50 people got killed from Ean Mara area.

The residents of Ean Mara still hold Derna Shura Council accountable for the explosion despite the fact that IS militants – who were fought out of Derna by the council fighters – claimed responsibility for it.

“Other fight axes will be protecting the advance of the frontline forces.” Al-Mismari added, naming Martuba in east Darn and Al-Fatayeh as well.

He also indicated that a new fighting axis will see warplanes taking part in the operation, without saying which warplanes – Haftar’s ones or those from other countries like Egypt, which had already air-attacked Derna several times.

Al-Mismari explained that, on Sunday, ground troops advanced toward Derna from five fighting axes under an aircraft cover, adding that their fighter jets had targeted houses in Daher Al-Hamar area on the outskirt of the city and destroyed two vehicles for Derna Shura Council.

Dignity Operation toughened the grip on Derna city after the downing of pro-Haftar aircraft on August 02, disallowing the residents from going out or in leading to worsened living conditions amid shortages of food, fuel and medicines.