Home / Normal / Zeidan released and flies out of Mitiga: report 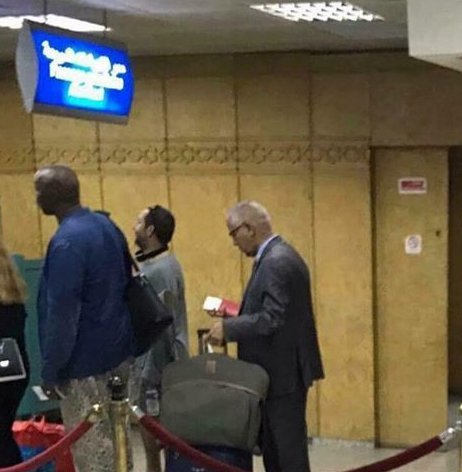 Zeidan released and flies out of Mitiga: report

There are unconfirmed reports that former premier Ali Zeidan who was seized from his Tripoli hotel on Monday has  been released and has left the country.

A photograph on social media is said to show him passing through passport control last night at Tripoli’s Mitiga airport. However, there have been suggestions that it is an old picture taken at Tunis Carthage International.

Since Zeidan’s abduction from the Victoria Hotel, allegedly by gunmen from Haytham Tajouri’s Tripoli Revolutionaries’ Brigade (TRB), there has been no official comment from the Presidency Council (PC) nor from Attorney General Sadiq Al-Sour who is said to have issued an arrest warrant for the former prime minister.

The HoR in Tobruk yesterday condemned Zeidan’s abduction while former justice minister Salah Al-Marghani deplored his seizure and said that the travel restrictions imposed on him when he was fired by the General National Congress (GNC) were lifted in 2014.