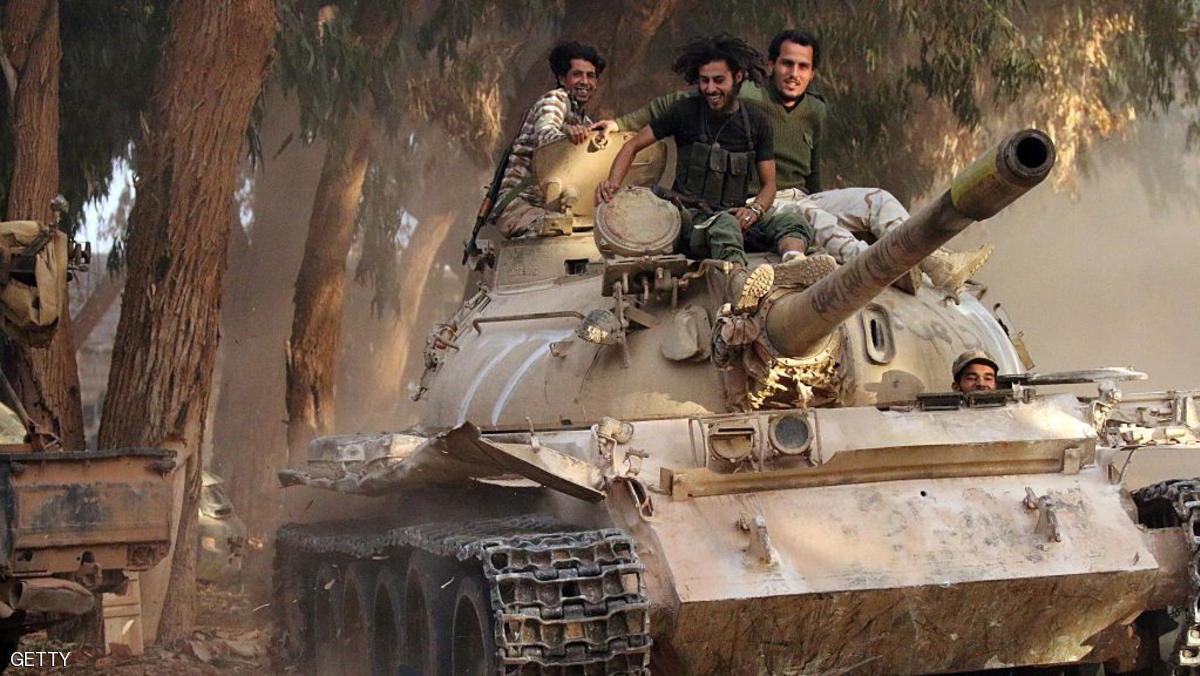 Soldiers from the Libyan National Army, led by Marshal Khalifa Haftar, drive their tank on November 19, 2016 in the Qawarsha sector, 10 kilometres (six miles) west of the centre of Benghazi, after they retook the area from jihadist fighters. / AFP / Abdullah DOMA (Photo credit should read ABDULLAH DOMA/AFP/Getty Images)

According to eyewitnesses, the gunmen used light weapons to resolve the dispute over who should be controlling the checkpoint that separate Derna from the areas eastward.

“The gunmen, after internal clashes, opened fire on Derna locals who were gathering there since early morning to enter Martuba to buy basic needs after all of the city’s entrances and exits have been closed for two weeks.” Eyewitnesses added.

According to sources, the reason behind the clashes was that some of the gunmen wanted to open the road for Derna residents to enter Martuba, while others disagreed.

Tens of Derna locals gather every day in front of Martuba road’s checkpoint hoping to get a pass to go and buy whatever they could find of the needed basic needs like foods, medicines and fuel after the siege of Haftar-led forces had left the city on the verge of a humanitarian disaster.

Meanwhile, the head of the Derna local council, Awad Al-Aweij, said in presser in Tripoli that the city has become a disaster, calling on the residents to break the siege.

He also urged local and international organizations and officials to lift the siege on Derna and allow the basic needs and services to enter the city urgently via humanitarian corridors.

“Derna’s port is ready to receive the humanitarian aids as it is the fastest way to get this issue over with and save the lives of the besieged civilians because to allow the siege to continue means that some are taking part in a group punishment for Derna residents.” The head of the council added.