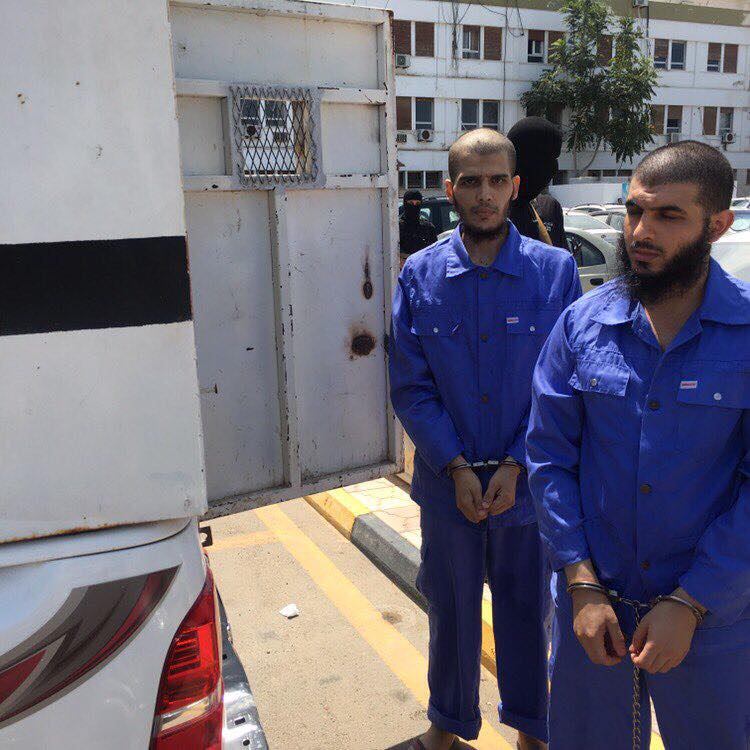 The Tripoli-based Libyan Criminal Court (LCC) has started trying terrorists from the IS group who were involved in explosions in Tripoli in Corinthia Hotel and other incidents like murdering security personnel and targeting embassies.

The Special Deterrent Force in Tripoli said the IS militants’ cell was apprehended after the explosions.

“The trial of the terrorists tool place in Tripoli’s High Council of Judiciary (Courts Compound) under strict security measures by our personnel.” Special Deterrent Force added.

Photos of the IS militants were posted on the Special Deterrent Force’s officials Facebook page.