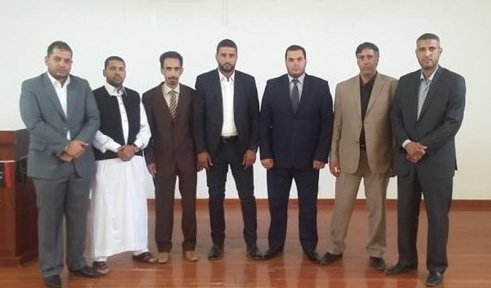 The former mayors of seven municipalities in the east who were replaced by military officers want their towns back. They are arguing that now the Libyan National Army (LNA) has largely defeated the terrorist threat, there is no reason why these towns should not be returned to civilian rule.

The demand is being made by former council leaders from municipalities including Benghazi, Ajdabiya, Kufra, Labraq, Al-Sahil, also known as Al-Dirsiyah and Abyar. In all since 2015, a dozen elected mayors have been replaced on the orders of Cyrenaica’s military governor Major-General Abdul Razzak Al-Nazhuri.

In a statement put out today the former mayors said that they had not disagreed with Nazhuri’s action at the time, However, now that the military situation had changed, they thought the moment right for the reinstallation of civilian control.

They also insisted that they did not want to obstruct the LNA’s further action against terrorism. They made no specific mention of Derna nor of  Ben Jawad at the most western point of LNA control, which also have military appointed chiefs.