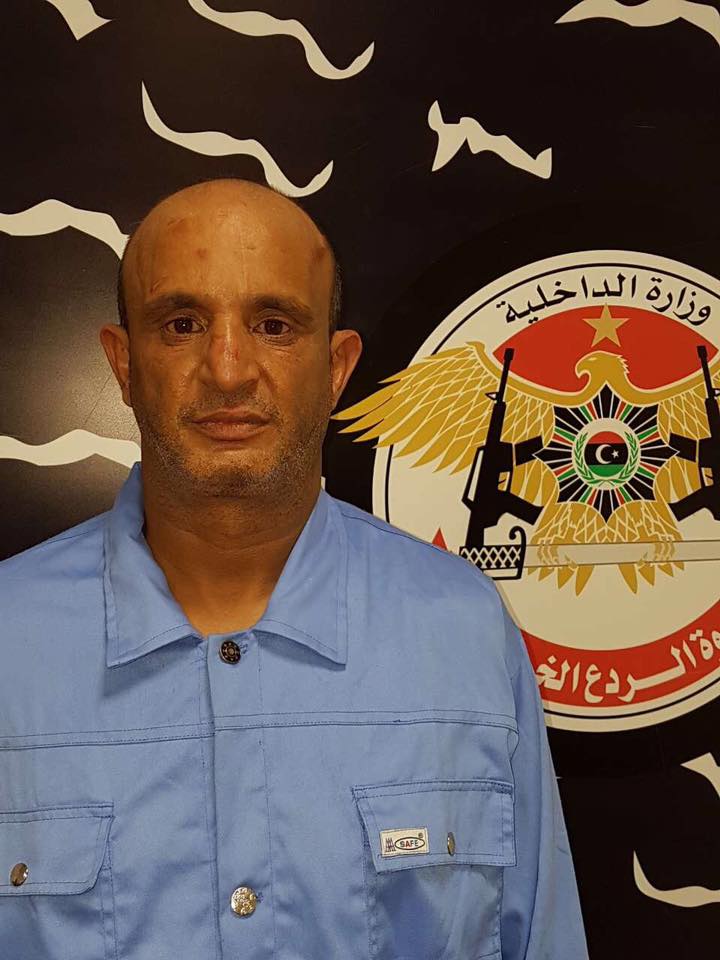 The Rada Special Deterrence Force reported yesterday that it has arrested one of the biggest Libyan fuel smugglers and illegal migration traffickers. The accused, Fahmi Salim Musa Bin Khalifa from Zuwara is labeled by Rada as the ‘‘king of smuggling’’ in Libya. He is reported to own a transport network, property in Europe and investment in tourism.

In a statement released late last night, Rada, led by Abdelrauf Kara, said that ”In a complex operation, the Special Deterrence Force was able to arrest one of the biggest smugglers of hydrocarbons and the manipulators of Libyan assets, the famous ”smuggling king” Fahmi Salim Musa Bin Khalifa of Zuwara”

Rada added that ”he is considered to be one of the biggest smugglers across the (Mediterranean) Sea, and owns transporters. He is also very active in sending death boats across the (Libyan) shores of Zuwara and Sabratha. The suspect’s activity increased until he became known as the ”king of smuggling”. The statement went on to report that Khalifa ”also bought property in Malta and Turkey and is working on constructing a tourist village in (the Libyan coastal city of) Zuwara.

Rada said that ”during preliminary investigations, he reported that there are many other figures implicated with him in fuel smuggling in the city (of Zuwara and neighbouring cities of Zawia and Sabratha)” Rada also confirmed that the investigation is continuing with Khalifa and that the issuance of arrest warrants for all those involved is in process.

If Khalifs does indeed prove to be as Rada have billed him, namely ”one of the biggest” and the ”king of smuggling” in Libya, it would be a huge blow by the Libyan authorities against the vast Libyan network of subsidized goods and illegal migration smugglers and traffickers.

Recent IOM figures suggest that there has been a decrease in crossings from Libya arriving in Italy this summer. The EU has been cooperating with the Tripolitanian-based authorities through better intelligence, the equipping and training of the Libyan Coast Guard in an effort to stem the flow. The number of illegal migrants intercepted by the Libyan Coast Guard within Libyan waters has also increased. The activities of NGO vessels rescuing illegal migrants just outside Libyan waters – which was considered to be providing a pull factor – have also been reduced.

It will be interesting to see if the Libyan and international authorities are able to succeed in confiscating Khalifa’s proceeds of crime such as his alleged properties in Malta and Turkey. Their successful confiscation would send a strong message to Libyan smugglers, and militias, that ill-gotten proceeds abroad in countries such as Malta and Turkey will always be liable to international legal action.