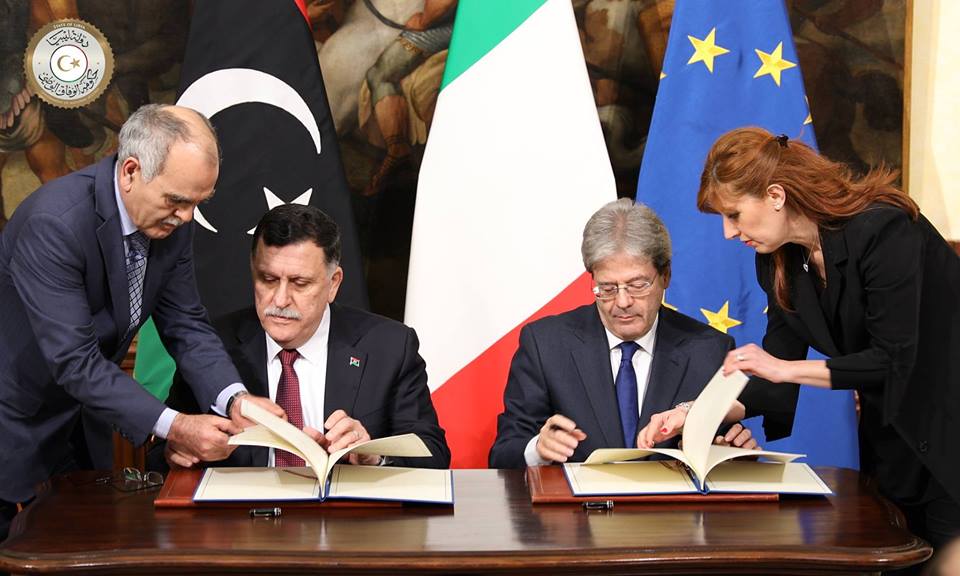 The Supreme Court in Libya annulled a previous verdict that suspended the implementation of the memorandum of understanding (MoU) that was signed between Libya’s UN-proposed Presidential Council and Italy.

Tripoli Appeals Court’s administrative division ruled on March 22 to block the MoU signed between Libya and Italy to fight the growing influx of illegal immigrants and the issue of human trafficking as well as to help Libya secure its southern borders.

Later, the Foreign Minister of the UN-proposed government, Mohammed Sayala, appealed the ruling at the Supreme Court.

One of the persons who appealed against the MoU, Salah Al-Marghani, the former Justice Minister, said on his Facebook on Friday that after the new ruling of the Supreme Court, the MoU is considered legal and active on the ground.

“There is no other place for lodging an appeal against the MoU after the Supreme Court ruled in its favor.” He added.

The MoU was signed by the UN-proposed government with Italy in February; however, many legal stakeholders regarded it as an attempt to settle the illegal immigrants in Libya, so they lodged an appeal at the Tripoli Appeals Court.

With today’s Supreme Court ruling, the MoU is considered legal as the court is the highest judicial entity in the country and its verdicts are unchallengeable.