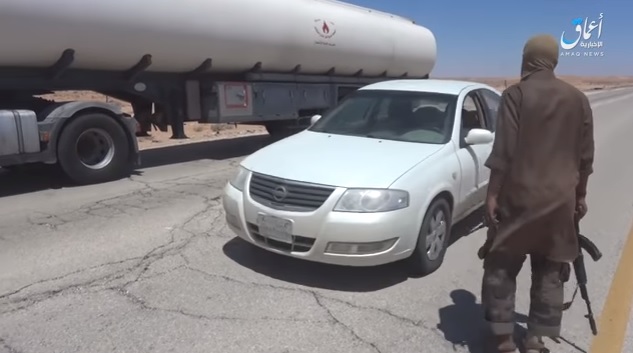 The radical group of ISIS has released new video footage that shows its militants setting up a checkpoint in central Libya.

The video showed a group of ISIS fugitives checking cars and trucks in the desert road between Al-Jufra and Abu Grein town.

The video, which was posted by the group’s propaganda outlet  Amaq News Agency, also showed two captives; one is member of Libya’s Constitution Drafting Assembly, Sagayar Majri, and the other is Mohammed Abu Bakr, a member of the Petroleum Facilities Guard.

Sagayar Majri was abducted in May 2017.