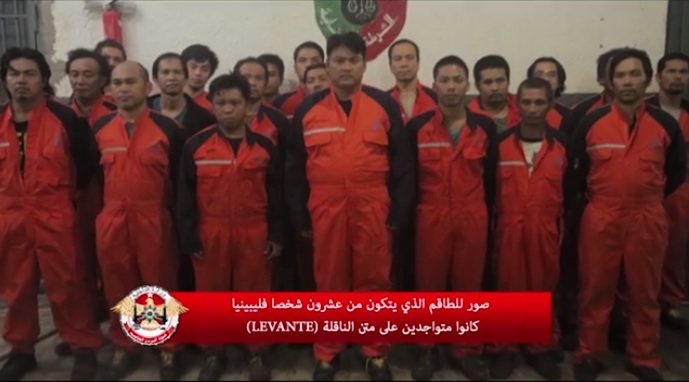 The Libyan Navy Force has intercepted a Liberian-flagged oil tanker (Levante) near the Tunisian waters, according to sources from the naval force.

20 Filipino crewmembers were detained by the Libyan Navy in what the Libyan naval authorities saw as a smuggling attempt.

The spokesman of the Navy, Ayoub Qassim, said that the vessel was intercepted off the Abu Kammash area west of the capital Tripoli, adding that the crew are now in the capital for later investigations at the Attorney General’s Office.

Qassim added that the capacity of the oil tanker is 6.000.000 liters and it is a Greek-owned company tanker.

Meanwhile, oil production in Libya is experiencing a setback these days as two of the key oilfields were shut down by Zintan groups.

The National Oil Corporation declared force majeure at the two fields – Hamada and Sharara, and sources said that Al-Feel oilfield had also been shut down.