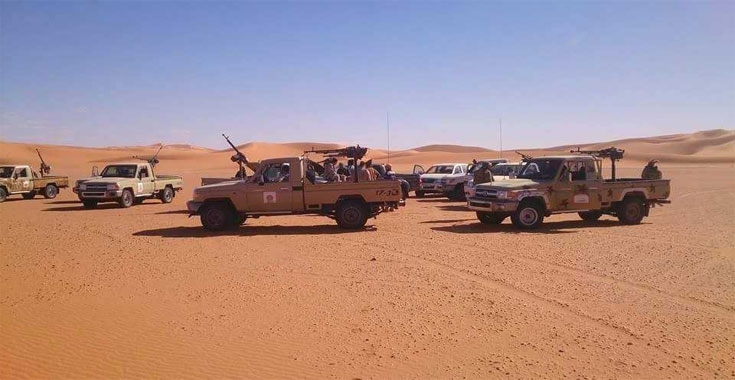 Libyan security forces said on Tuesday that the bodies of 16 migrants had been found in the desert near the country’s border with Egypt.

The bodies were found about 310km southwest of the coastal city of Tobruk, said Ahmed al-Mismari, spokesman for the eastern-based Libyan National Army.

He said the area was still being searched and no more details were available about the migrants’ identities.

In the past, patrols and rescuers have recovered the bodies of Egyptian migrants who perished after being stranded or abandoned by smugglers in Libya’s eastern desert.

Some migrate to Libya to search for work, and some try to reach Europe by boat.

Since 2 September 2015, more than 8,500 people have died or gone missing trying to cross the Mediterranean alone, while many hundreds, possible thousands, are thought to have died in the deserts of Niger and Libya, according to the International Organisation for Migration (IOM), a UN agency.

The new mortality figures, released late on Thursday, show that 4,337 people are believed to have died since September 2016 while attempting to reach Europe. Most departed from Libya bound for Turkey, or from Turkey bound for Greece. Recent months have also seen more attempts to reach Europe from Morocco bound for Spain. At least 4,185 died in the previous 12 months.

Meanwhile, crossings from North Africa to Italy have remained at around the same level as last year, the UN refugee agency UNHCR said.

Border ManagementSecurity SituationTrafficking and Migration
All
2017-09-05
asaeid
Previous ‘Daesh are back and want revenge’: The fall and rise of IS in Libya
Next Several illegal migrants shelter centers shut down in Libya