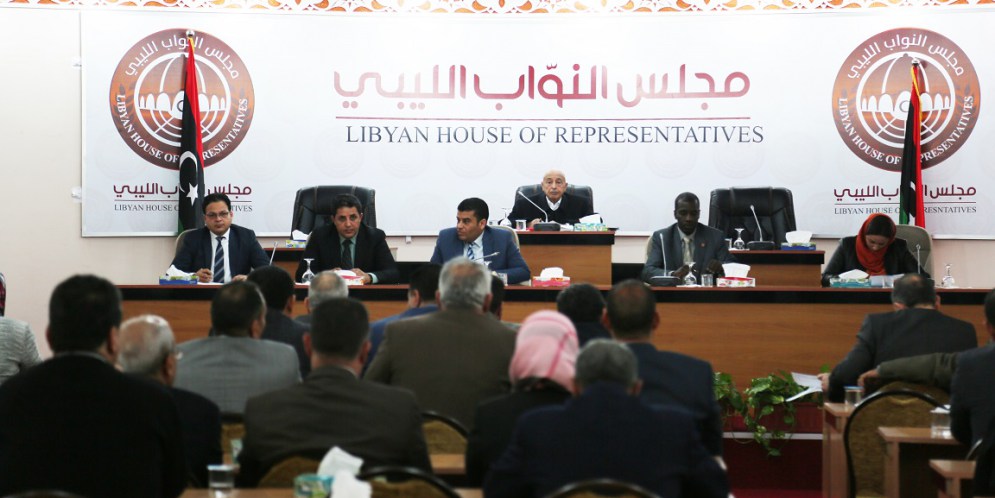 The speaker of the House of House of Representatives Ageela Saleh has ordered the creation of four new military zones covering the central and much of the western coastal areas of Libya.

The boundaries of the zones are yet to be fixed. This, according to Saleh’s announcement, will be done by “the commander-general of the Libyan armed forces, Marshal Khalifa Hafter”.

The move is seen as largely symbolic. Of the four zones, only part of the first, the Gulf of Sidra zone, is in the hands of the Libyan National Army (LNA). The other three remain firmly beyond its grasp.

It is not clear how the changes will affect the position of Colonel Idris Madi, the LNA’s western commander based in Zintan. He heads both its western region operations room as well as its Sirte operations room.

Meanwhile, the LNA’s chief of staff, Major-General Abdul Razzaq Al-Nazhuri, in his role as military governor from Ben Jawad to Derna, has appointed a new head of Benghazi port, according to the pro-LNA, Benghazi office of the Libyan news agency LANA. He is Brigadier Al-Mabrouk Al-Badawi Al-Farjani. He replaces Mustafa Elabbar, who has been port manager for several years.

Last week, it was announced that the port would reopen on 1 October. The announcement followed an inspection in July by Nazhuri.