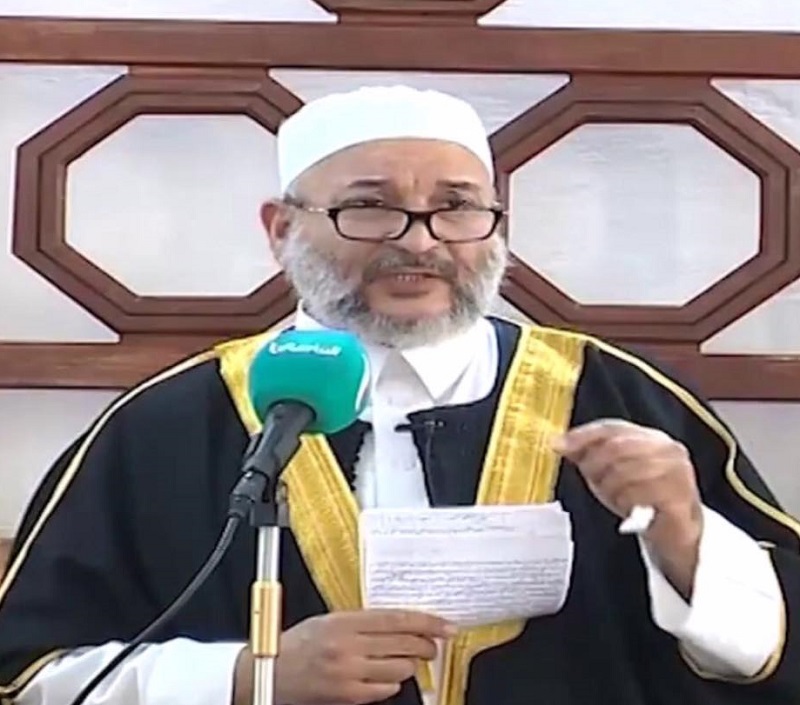 The Special Deterrence Force (SDF) has arrested Sheikh Abdul-Razzaq Emshirib on Sunday night, eyewitnesses reported, adding that at least five military vehicles surrounded Emshirib’s house before snatching him from inside.

In a telephone contact with Alnabaa TV, the media office of SDF confirmed the arrest without specifying the reasons.

Emshirib’s family has held the Special Deterrence Force responsible for his safety and demanded his immediate release.

Meanwhile, the Office of the Attorney General denied links to the arrest of Emshirib, saying it is not aware of his detention, raising questions over the legitimacy of his arrest.

Emshirib is the Friday preacher of Ben Nabi Mosque in central Tripoli. He is known for his moderate views, but also known for his outspoken rejection to the military rule and Dignity Operation in east Libya. His Friday sermons usually include duaa (supplication) to Allah to lift the siege of Derna.