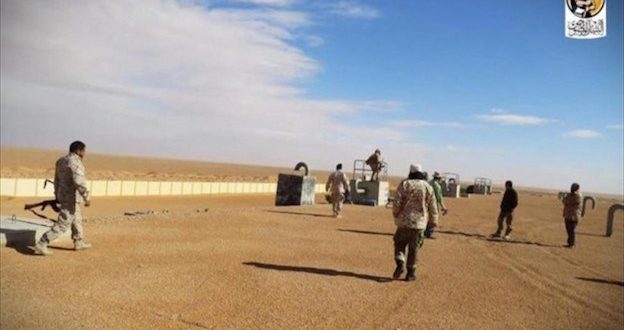 Checkpoints in Sirte to confront Daesh

A security source from the operation room of Al-Bunyan Al-Marsous forces in the city of Sirte confirmed, on Tuesday, that it had started setting checkpoints at the entrances of the city.

The source clarified the new security patrols had received reports confirm that some Daesh elements started sneaking into the city.

The source confirmed the arrival of military supplies from the city of Misrata to Al-Bunyan Al-Marsous camps expecting more security emergencies.

It worth mentioning that Daesh published, on Sunday, a new record confirming its existence in Libya. The record showed the ability of Daesh fighting force.

The video showed Daesh elements roaming in the desert carrying the weapons and driving their armed vehicles. The record showed even some Daesh leaders threatening who called them “apostates” with more combat operations.