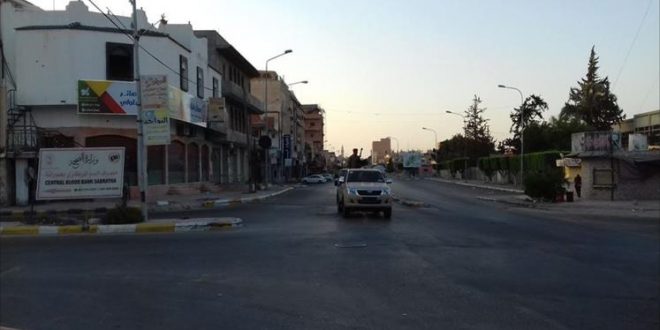 A Libyan armed group has captured a key staging post for migration from Africa to Europe, leading to fears an EU-backed agreement with to curb illegal migration could be shattered.
Sabratha was reportedly captured by the Operations Room armed group on Friday following a three-week battle with the Anas al-Dabbashi brigade, who were chased out of the port city.

“Sabratha city has been liberated from the militias – the Dabbashi militias and their alliance,” said Operations Room spokesman Saleh Graisia, according to Reuters. “Now the city is fully controlled by the Operations Room… the militias have escaped to the west.”

The development will likely worry the EU, with Sabratha being a major staging post for people smuggling to Europe.

A deal reached between the UN, EU-backed government in Tripoli and Dabbashi saw his brigade block illegal migration from the port.

Dabbashi allegedly profited from the people smuggling trade previously, but accepted a EU-backed offer to halt the practice in return for amnesty and security jobs.

A senior member of the militia confirmed to Reuters that the battle was over: “It is over, they took over Sabratha.”

Dabbashi’s militia also guard local oil installations and took part in an operation to clear the Islamic State group from the coast.

The leader of the group said people smugglers had targeted his fighters since they halted migration from the port.

Both the rival Tripoli-based government and a western-based authority have claimed links to the Operations Room, and welcomed their capture of the city.

Rival factions have been vying for power in Libya since the 2011 revolution overthrew long-time dictator Muammar Gaddafi.

Meanwhile, the bodies of 21 Egyptian Copts murdered by the Islamic State group in Libya have been recovered.

The men were beheaded by the militants in 2015 in Sirte with their murders being broadcast through a video on IS-linked media.

Libya’s attornet general said the bodies were found with the same orange jumpsuits as were worn by the victims during their murder.