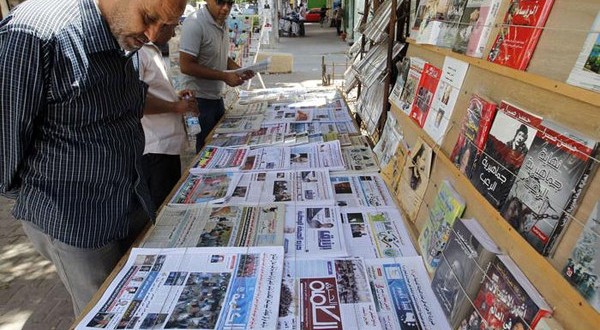 Six Libyan journalists released by the LNA in south

Six journalists were released this evening after being arrested by the Libyan National Army in Hun yesterday morning.

The six, mainly from Tripoli, had gone to Hun to cover the town’s annual date festival.

One of them told the Libya Herald that soldiers had arrived at their hotel on Monday morning and had taken them to Jufra military base.

” We were told by them that we are not being accused of anything in paricular, but they just wanted to know how banned TV channels had managed to get into the town,” the journalist said.

They had been well treated and hand been allowed to keep their mobile phones while being detained, the journalist added.

ICT and Media GovernanceSecurity ForcesSecurity Situation
AllJufra
2017-10-10
asaeid
Previous Over 7,000 immigrants said to be found in Sabratha after fighting ends
Next Sirte Operations Room ends curfew in the city