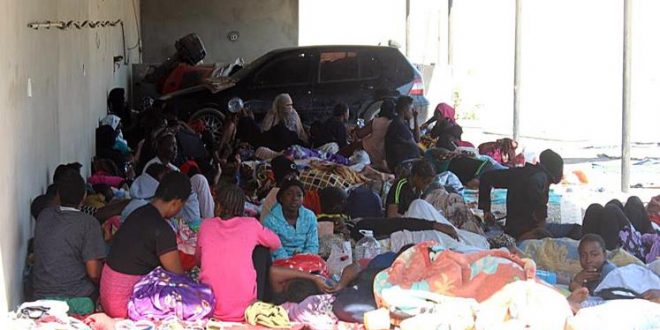 More than 4,000 migrants have been transferred to a hangar in the coastal city of Sabratha by a UN migration agency, the UN Support Mission in Libya (UNSMIL) said Monday.

In a written statement, UNSMIL said the International Organization for Migration (IOM) is providing emergency assistance to migrants in Sabratha’s Dahman district who had been “previously held in numerous informal detention centers and camps”.

In recent years, the Libyan coast has served as a transit point for thousands of undocumented migrants mainly from sub-Saharan Africa hoping to cross the Mediterranean into Europe.

Mediterranean refugee arrivals have reached 120,137 to date this year, with more than 80 percent arriving in Italy, while 2,410 refugees have died in 2017 trying to reach Europe via the sea, according to the latest figures from the IOM.