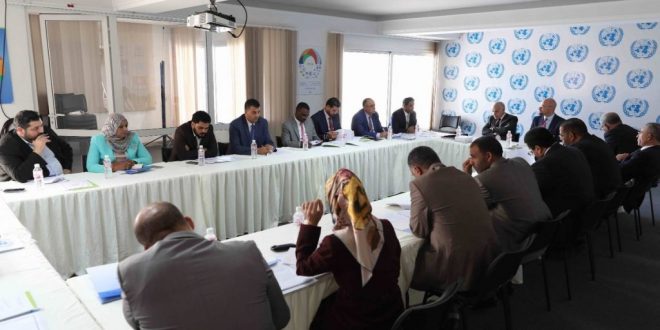 The selection of a smaller Presidency Council (PC) along with a prime minister was the core focus of today’s discussions in Tunis by Libyan politicians.

The House of Representatives (HoR) and State Council (SC) dialogue committees had agreed in September, at their last UNSMIL-brokered Joint Drafting Committee talks, that the current nine PC membership was too large and should be cut to three. But the mechanism for this and the way the prime minister would be chosen have still to be ironed out.

At the end of this the second day of the second round of joint talks, UNSMIL reported a collaborative and positive spirit had prevailed throughout the discussions. It put out a statement saying:“ Joint Committee members affirmed the need to achieve results and quickly to enable elections to be held as soon as possible to end the transition and usher Libya into institutional and political normalcy”.

UNSMIL chief Ghassan Salamé was once again at the talks which he said yesterday he hoped would reach understandings that would move the political process out of its current impasse.