Home / Normal / Joint operations room to be set up in Sebha 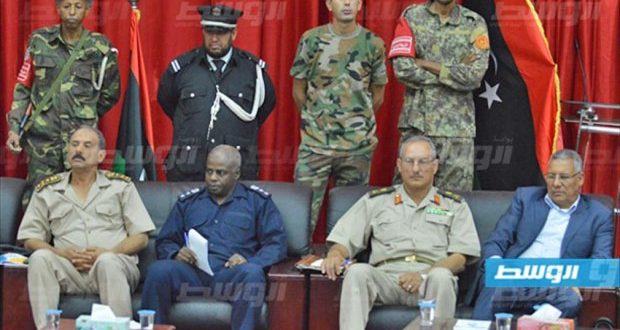 Joint operations room to be set up in Sebha

Local complaints that army and police are not being deployed to halt deteriorating security in Sebha have led to agreement today to form a joint operations room in the town.

As well as police, army and intelligence services, the new organisation will have representatives from the municipality, civil society bodies and municipal and military police.

Abdulrahman had been criticised for failing to halt violence, but protested that he lacked resources. He did say however that the Beida government had recently sent his security directorate 20 vehicles.

Barasi said local citizens should support the security forces by reporting suspicious activity. He told Alwasat that townspeople and local tribes could play an important role by collecting local weapons, some of them of large calibre, which were contributing to the instability.  He also said that the LNA had not been present in the area in sufficient numbers and he called on the Beida government to come and see for itself the state of security in Fezzan. He has been complaining of the weakness of local security forces since 2013.