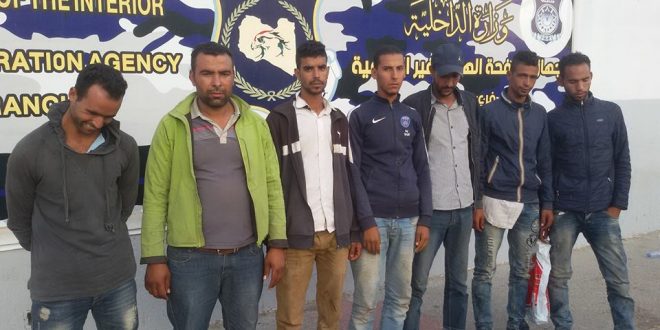 Tripoli branch of the Counter Illegal Immigration Center said that Moroccan nationals held in a detention center in Tripoli started Friday an open hunger strike to protest the delay of their repatriation to their home country.

The Counter Illegal Immigration Center said in a statement that the strike came as a protest for the long period they have spent in the detention center without any intervention from the Moroccan government.

The immigrants also lamented the lack of swift procedures like giving them temporary travel documents to go back willingly to their country.