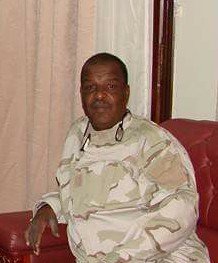 The head of the Libyan National Army, Field Marshal Khalifa Hafter has set up a central operations room to coordinate the activities of all others. Based in Benghazi, it is to be headed by Major-General Wanis Bukhamada, commander of Saiqa Special Forces.

Promoted to major-general last month, he is assisted by Brigadier Mohamed Al Magrous, the head of military intelligence, Brigadier Ahmed Salem of the Control Commission, Colonel Faraj Al-Zbu, head of the military police and military prisons, and Colonel Salah Hwaidi, the former head of Benghazi security directorate and still head of criminal investigation authority in the region.

Also on the new body will be the deputy interior minister, the new body will also have representatives from the military in Benghazi, the Control Commission, the intelligence services, the Central Security Authority, the Criminal Investigation Authority and the Counterterrorism Authority.

Although approved on 11 October, the announcement was made only today.