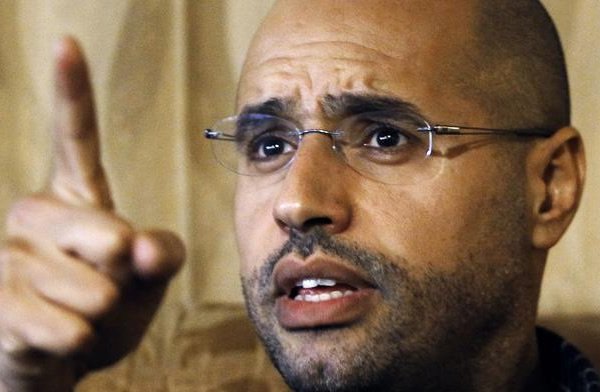 The Gaddafi family lawyer has confirmed that Saif Al-Islam Gaddafi, the son of long-time leader Muammar Gaddafi who was killed during the Arab Spring uprising in 2011, is reported to be planning a political comeback in Libya. He was released from detention in July this year.

Gaddafi is apparently moving around Libya and is in touch with various tribes to gain support for his political aspirations, according to Khalid Al-Zaidi. Speaking in Tunis today, the lawyer described how Gaddafi is in excellent health and claimed that the Libyan people are awaiting his return as he begins to unveil his political programme.

The lawyer added that an international organisation is to be established to ensure that senior Qatari figures, including the former Emir, Hamad Bin Khalifa Al-Thani, are prosecuted at the International Criminal Court for their role in Libya. However, that is unlikely to happen since neither Libya nor Qatar are members of the ICC. Last month, though, human rights groups accused the United Arab Emirates of war crimes in Libya through its support for military strongman Khalifa Haftar.

UN envoy to Libya Ghassan Salame revealed in September that Gaddafi could stand as a candidate in the upcoming parliamentary and presidential elections in the North African state if he so wished. This is despite the ICC issuing an arrest warrant for him for his role in crackdowns during the popular protests in 2011.

Palestinian ex-Fatah official Mohammed Dahlan was investigated last week by the ICC for his alleged involvement with Gaddafi, Abdullah Al-Sonoussi and other Libyan officials in crimes in the country, according to documents revealed by Middle East Eye. ICC prosecutor Fatou Bensouda wrote to Palestinian Authority President Mahmoud Abbas calling for assistance as part of the court’s investigation into crimes committed during the Libyan civil war.