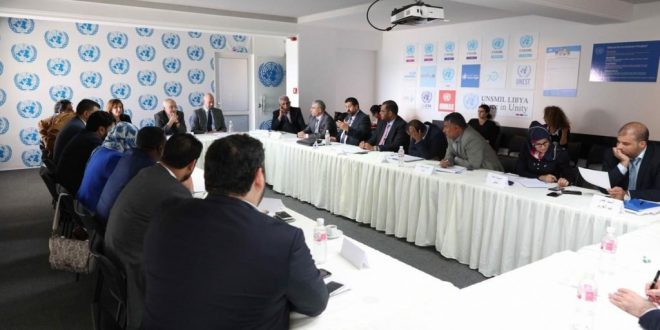 Following the resumption of the UNSMIL-brokered negotiations in Tunis on Thursday between the dialogue committees of the House of Representatives (HoR) and the State Council (SC), the two sides are reported to have agreed to set up subcommittees to focus on each of the main issues of contention in the moves to amend the Libyan Political Agreement (LPA).

Three subcommittees are being formed according to HoR sources. One will focus on the method of appointing and approving the new three-member Presidency Council and prime minister. The second will deal with the LPA’s contentious supplementary Article 8 and the third with the HoR’s demand that the SC include all those who were elected to the General National Congress in 2012 or their replacements if they resigned.

The HoR side wants the head of the PC and a deputy to be named by it and the other deputy by the SC, with the new PC then to name the prime minister who would then be approved by the whole HoR. As to Article No. 8, it wants the Presidency Council to name all top military, security and civil positions, but again approval then coming from withthe HoR. It is also determined that the State Council should have 200 members.

For its part, the State Council is reported to want to be given equality with the HoR in approving the PC and prime minster – something the HoR is totally opposed to. UNSMIL is unlikely to agree it either as it would start to completely unravel the LPA.

The SC is currently still opposed to changes in Article 8 and in its membership.

Unsmil described yesterday’s discusions by the two sides are “frank” but “constructive”, while acknowledging that “some issues still require further discussions”. Thre had been some headway made yesterday it said.

The two sides, which together officially comprise what is being called the Joint Drafting Committee, will reconvene on Saturday at the UNSMIL offices in Tunis.