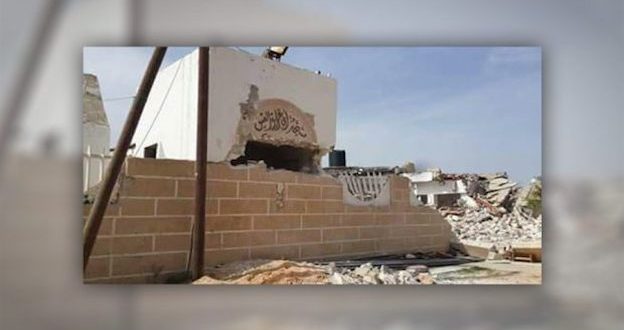 It is still unclear who destroyed the Bugharara Sufi shrine in the Ghararat district of Tripoli in an overnight attack last week.

The Rada (Deterrence) force of Abdul Raouf Kara has been involved in clashes with gunmen in the locality. However, the force has  denied that it had anything to do with the destruction of the building, which was actually around a hundred years old, not the 600 years being claimed by many sources.

Attacks on Sufi shrines have occurred  throughout the country since 2012 when Tripoli’s Al-Sha’ab shrine, the resting place of the holy man Sidi Al-Sha’ab was destroyed by Salafists.   At the time, the interior ministry said it did not want to intervene for fear of violence.