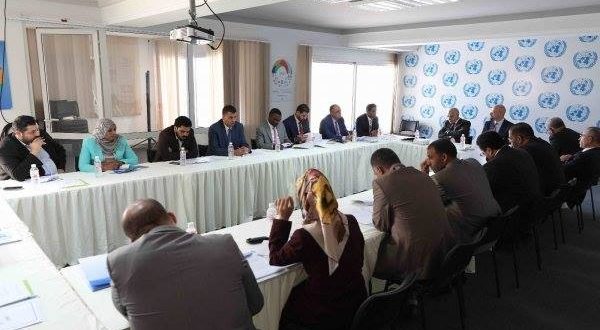 A month of UN-backed Libya peace talks have ended with no progress towards stabilising the country or elections. UN envoy Ghassan Salame opened new talks in Tunisia between the rival Libyan administrations last month after presenting a plan for a transition toward presidential and parliamentary elections.

Salame, who was appointed UN envoy in July, presented his roadmap to the United Nations on September 20, outlining his hopes to give Libyans a future.

Under his plan, a new constitution must be put before a referendum, paving the way for elections.

During October the UN in has hosted delegations in Tunis from rival parliaments from eastern Libya and Tripoli, which are meant to draw up amendments to a previous UN-mediated plan signed in December 2015.

But at the end of a second round of talks Salame said only that discussions would continue, without giving a new date.

“There are some area of consensus… but there are parts which need discussions with the political leaderships inside Libya,” Salame told reporters, without giving details.

Delegates will return to Libya on Sunday, while Salame will go to Tripoli next week to discuss how to progress the talks.

The North African country has been in turmoil since Islamist militants took advantage since a 2011 NATO-backed uprising ended Muammar Gaddafi’s 42-year rule. Smuggling networks have also sent hundreds of thousands of migrants to Europe.

Political and military fractures have left the country mired in conflict as they vie for power and the major oil producer’s economy in freefall.

The UN tried a similar approach in 2015 of hosting Libyans in luxury hotels abroad but the deal never won support from the power-brokers and factions aligned with military commander Khalifa Haftar that control eastern Libya.

Haftar is just one of many players in Libya controlled by armed groups divided among political, religious, regional and business lines.

A UN source said a major obstacle at the Tunis talks had been how to integrate Haftar, who is opposed by many in western Libya, in any deal and whether he would control a future national army.

Western states have tried to work with the UN-backed Government of National Accord (GNA) in Tripoli, which has been hamstrung by internal splits and been unable to halt a slide in living standards or tame the power of armed groups.

Under the new UN plan, once amendments have been agreed, a national conference is meant to approve the members of a transitional government that would run the country until elections.