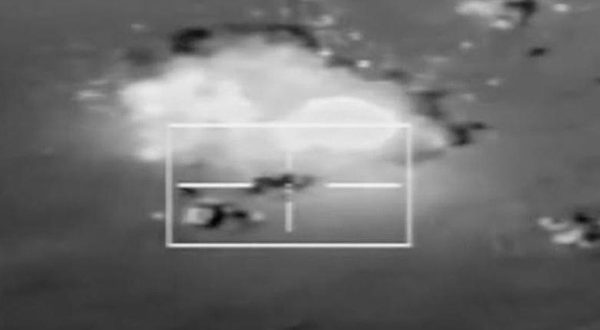 Hard on the House of Representatives’ (HoR) sending its  regrets to Cairo over the terrorist ambush in western Egypt in which at least 54 security personnel died, Egyptian warplanes have struck a suspect convoy entering the country from Libya.

The Egyptian air force has given few details the raid except that it targeted eight four-wheel-drive vehicles which it said were carrying arms and explosives.  It is unclear if the airstrikes were made in the Libyan or the Egyptian part of the Western Desert. Past attacks by Egyptian warplanes appear to have gone in on both sides of the frontier.

The Egyptian military has supported the Libyan National Army (LNA) and its commander-in-chief Khalifa Hafter in part because of their declared joint determination to crush terrorists.

However, the LNA is now preoccupied with a range of operations including besieging Derna, consolidating its western advance to Bani Walid and seeking to improve its still shaky influence and control in the south of the country. It would therefore seem unlikely that any significant LNA force is currently patrolling its 1,115 kilometre border with Egypt.