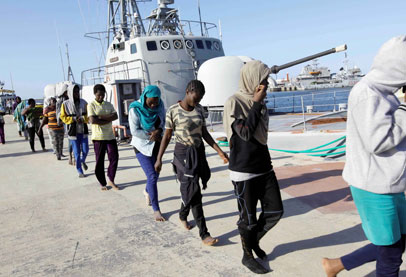 The number of people crossing the Mediterranean Sea from North Africa to southern Europe has been steadily increasing since the defeat of armed groups that combated illegal migration in the western coastal city of Sabratha.

Refugees and migrants are fleeing onwards to Europe to escape life-threatening dangers and dire economic conditions plus widespread exploitation and abuse in Libya.