Home / Normal / Armed attack on a checkpoint near Ajdabiya 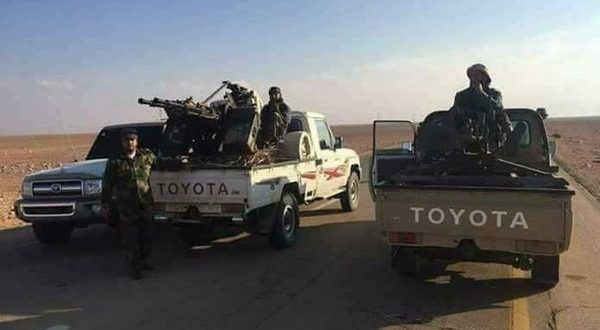 Armed attack on a checkpoint near Ajdabiya

Sources from the city of Ajdabiya said that an armed attack was carried out, Wednesday morning, on a military checkpoint at the Gate 60, south west of Ajdabiya.

The sources added that four military guards were killed in the attack. The attack had caused material damages but no detailed information about the losses.

The attackers are still unknown as no side had announced the adoption of the operation and no reports were published.