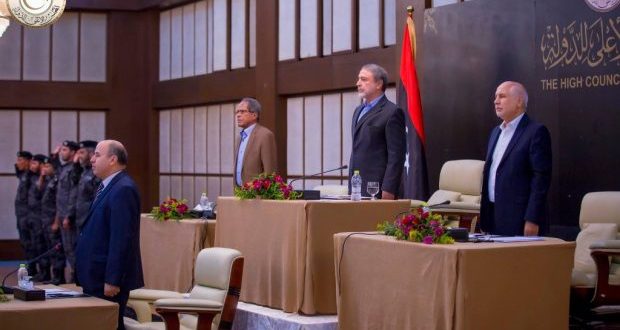 The High Council of State (HCS) has called on the UN Security Council to convene a session to review the “obscene crime” committed in Al-Abyar.

The HCS also urged in a statement on Sunday the UN Security Council to push for implementation of the resolutions related to protecting civilians, demanding the International Criminal Court to open an investigation into the incident and bring the perpetrators to justice.

“This crime is a violation of humanity morals and the general command is to blame directly for the perpetrators’ atrocity” The HCS said, referring to Haftar’s forces, whom the statement described as responsible for the prisons and detentions in the area of the crime.

It also indicated that such heinous crimes are a continuation of the violations that are happening on a daily basis in the eastern region in order to deepen horror and intimidation among the population living in that area.

“Our legal commission has been tasked with contacting local legal and human rights groups to coordinate an action that can limit such crimes and take lawful measures against the perpetrators.” The HCS added.

It further explained that the crime shows how hazardous the current political fragmentation is and the inability of the “Government of National Accord” to prevail its control on the Libyan soil and secure the lives of Libyans across the country.