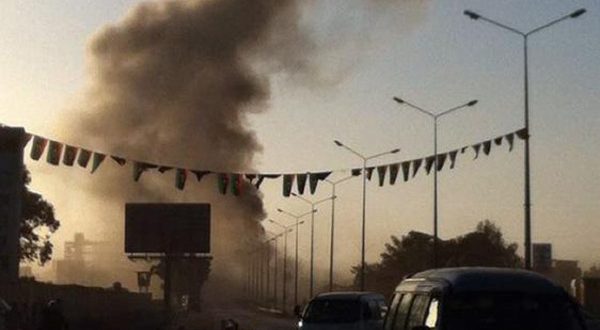 At least 15 killed in air strikes in east Libya

At least 15 people including women and children were killed in air strikes on the eastern Libyan city of Derna late on Monday, a medical source and a resident said.

Derna has long been under siege by the eastern-based Libyan National Army (LNA), which has occasionally carried out air strikes against the city. Military officials declined to comment on the strikes.

The attacks on Monday continued for around an hour and hit the Dahr al-Hamar district in Derna’s south and Al Fatayeh, a hilly area about 20 km (12 miles) from the city, a resident said.

At least 17 people were wounded, according to the medical source, who said all the victims appeared to be civilians.

Derna is a coastal city about 265 km (165 miles) west of the Egyptian border. It is controlled by a coalition of Islamist militants and former rebels from Libya’s 2011 uprising known as the Derna Mujahideen Shura Council (DMSC).

Daesh established a foothold in Derna in late 2014, but was driven out by the DMSC the following year.

Egypt, which backs the LNA, has also carried out strikes on Derna, including in May when it said it was targeting militants linked to an attack in southern Egypt.