Home / Normal / Ambassadors of France, Italy, the United Kingdom, and the US in Libya deplore Derna air raids 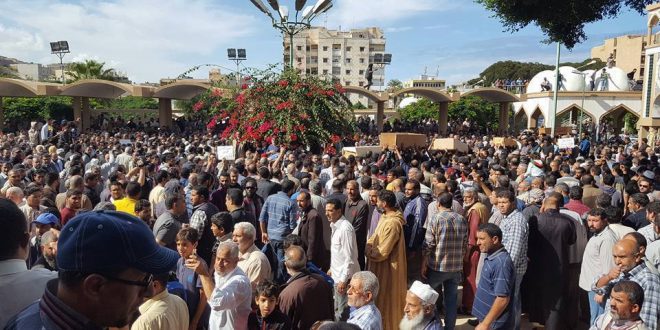 Ambassadors of France, Italy, the United Kingdom, and the US in Libya deplore Derna air raids

France, Italy, the United Kingdom and the United States have condemned the October 30 airstrikes on Derna, which killed at least fifteen civilians, including twelve women and children, and injured many others.

The countries offered condolences to the families of the victims, and called for immediate humanitarian access to assist the injured as well as to prevent further suffering in Derna.

“We also condemn the horrific extrajudicial killing of 36 men in al-Abyar, whose bodies were discovered on October 26. We note the LNA’s October 28 announcement that it would open an investigation into the incident. We look forward to the prompt conclusion of that investigation and call on the LNA/”Libyan National Army” to ensure the results are shared publicly with the Libyan people.” The statement said on Wednesday.

France, Italy, the United Kingdom, and the United States are monitoring ongoing acts of conflict in Libya closely. Those suspected of committing, ordering, or failing to prevent summary executions and torture on all sides must be fully investigated and, if found guilty, held accountable for their actions, the statement adds.