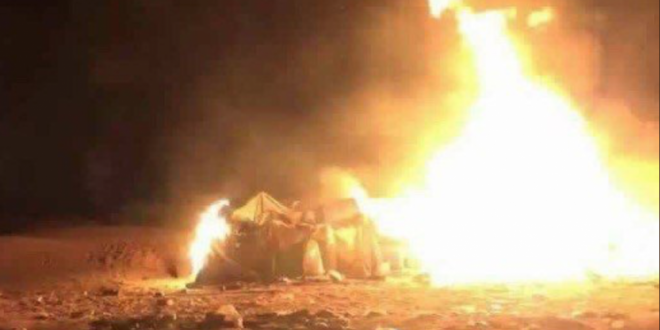 One soldier was killed and at least four wounded in an attack on an army post on the road between Brak Al-Shatti and Jufra last night. Some reports say two died members of 12th Brigade and the Central Region Deterrence Force died and six wounded.

Other members of the brigade counter-attacked and it is believed that there were casualties among the attackers but numbers are unknown. It is also not known who they were. It is thought, however, that they were not members of the so-called Islamic State but rather fuel and people smugglers whose activities have been curtailed by the brigade and the Deterrence Force.

Both of the latter are led by Major-General Mohamed Ben Nayel.

Last May, 141 people, 86 of them members of the 12th Brigade, died when militants attacked the airbase at Brak Al-Shatti.  The Benghazi Defence Brigades, the 13th Mechanised Battalion (formerly the Third Force) and men under southern Islamist commander Ahmed Abduljalil Al-Hasnawi have been held responsible although the 13th Battalion has denied any involvement.