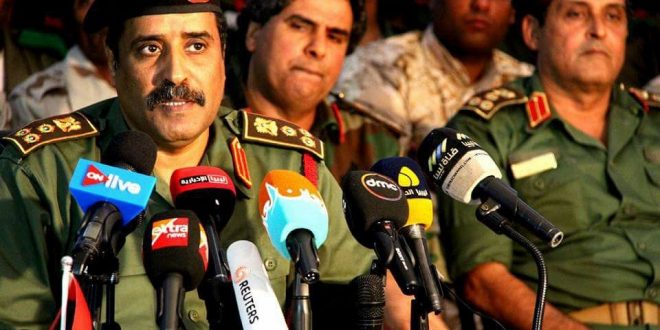 Speaking to Asharq Al-Awsat, Mismary said that most points of despute have been resolved to a great degree.

Concerned parties have also come to a decision about the position of defense minister in the coming period, he added. It is expected that the Ministry of Defense and the General Command will be joined without cancelling the position entirely.

Meanwhile, one of the officers participating in the Cairo conferences, Colonel Salem Juha, said to Libya Channel that attendees have developed a complete organizational structure that includes levels of leadership and ensures power distribution.

He continued saying that an army general command council will also be established which would comprise of a Commander-in-Chief and a Chief of General Staff – the commander’s deputy; while the National Defense and Security Council will act as the supreme commanding bodies led by the Head of State, he added.