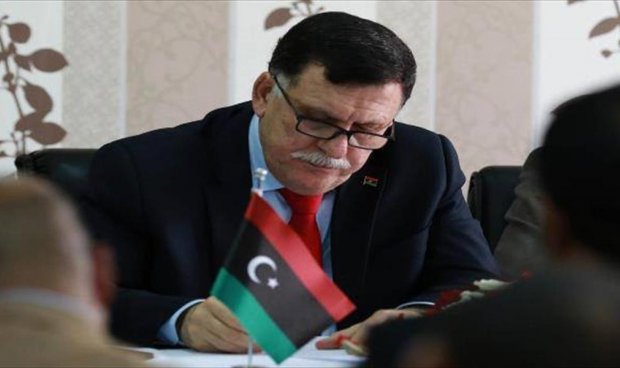 Faiez Serraj, the head of the Presidency Council, has dismissed Brigadier Mohamed Gnaidi from the Military Intelligence Directorate and the Libyan army. He was suspended last week after threatening to attack targets in Egypt, the UAE and Saudi Arabia. Made on Sadek Al-Ghariani’s Tanasuh TV after last Monday’s air raids on Derna, his threats included bombing the Egyptian presidential palace.

Serraj ordered an inquiry into the outburst, but Gnaidi, who served in the Bunyan Marsous operation against the so-called Islamic State, refused to appear before it. He was then found guilty on at least two counts: threatening Egypt and speaking to the media without permission.

He declared yesterday that he does not recognise the Presidency Council and its government of national accord, but rather the military leadership of the former General National Congress.