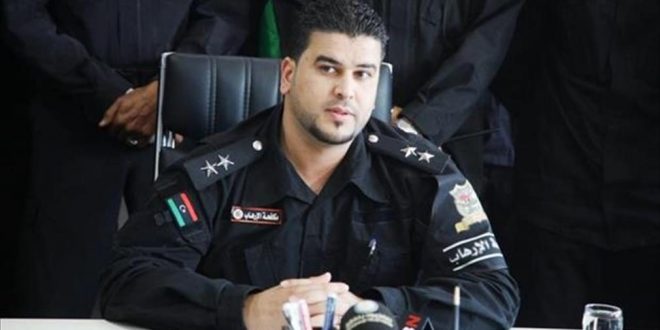 The Military Prosecutor of Dignity Operation, Faraj Al-Sosah, has issued an arrest warrant against Deputy Interior Minister of Presidential Council, Faraj Egaim, 2 days after high tensions in the war-ravaged city of Benghazi.

According to the order, Al-Sosah charged Egaim with “forming a military group illegally; possession of weapons without authorization; criticizing the General Command of Khalifa Haftar in the media; meeting with the illegitimate government of Presidential Council; and receiving funds to bribe people”.

Egaim accused Khalifa Haftar on Friday of being behind his assassination attempt and killings and abduction in Benghazi shortly after a mortar attack on his camp in in Bodzira district leaving 3 guards dead and 7 others wounded.

In a televised statement, he gave Khalifa Haftar and his armed groups, mainly from Furjan tribe, 48 hours ultimatum to leave Benghazi or they will face the consequences, but he was all talk and no action.

The next day, armed groups led by sons of Khalifa Haftar and Sahawat fighters launched a pre-emptive attack and seized all Egaim’s camps in Benghazi.

Egaim’s fate and whereabouts now are yet to be known.

Some sources claimed that he had surrendered himself to the chief of staff of Tobruk-based parliament and military governor of the eastern region, Abdul Raziq Al-Nadouri, who in turn accused the Muslim Brotherhood of being behind the mortar attack on the camp of Egaim on Friday.

Regardless of Egaim’s fate now, the recent incidents in Benghazi will cast a shadow over the Libyan political talks as Khalifa Haftar’s political negotiators refuse to give up an inch of his dream to command the Libyan army and become a president for the country.