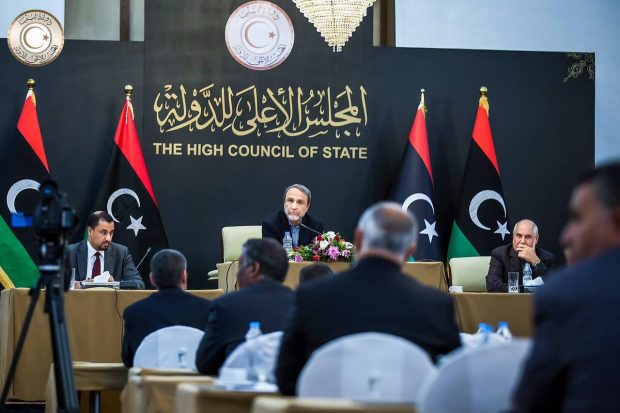 The High Council of State (HCS) has welcomed Wednesday the adaptation of HCS proposals by the UN envoy to Libya, Ghassan Salame.

The proposals of the HCS include shifting focus on forming executive authorities and leaving other issues till later time.

The HCS also expressed discomfort toward the negligence of the UN envoy’s initiative to the “accord and sharing principles” that are vital for a fair agreement that can be implemented on the ground.

“HCS and the House of Representatives must agree on equality in making decisions so that a new presidential council can be selected. No one of them can be the decision maker alone.” The HCS said in a statement.

It also added that Libyans need an agreement that would end the transitional phase and better living conditions as well as establish for a constitution and elections.

“We are committed to the political process and to allowing newcomers in the political circles to try their luck as we are convinced that it could lead to an active unity government after consulting all social components.” The HCS added, saying the government should be picked by the Presidential Council (PC) with a unanimous vote, then the HoR will adopt it after it would be presented by the PC.

“The HoR should vote on the government cabinet twice in a specified period of time, if in the second time the government fails to receive the HoR’s confidence for any reasons, then it would have gained confidence from the first time.

Salame presented a new proposal to move forward the political process, which was a subject of bitter criticism by the HCS as it gives the HoR the right to pick the new PC members alone.