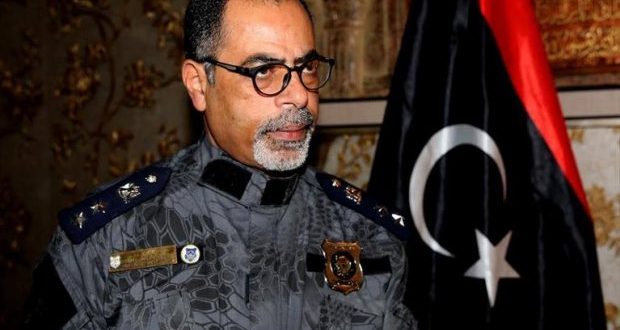 The Chief of the General Directorate of Coast Security at the Libyan Interior Ministry, Colonel Tariq Sahnbour, has warned of international media reports and campaigns promoting the existence of a slave market in southern Libya.

Shanbour said in a press statement that such news is full of allegations and a systematic campaign pushed by countries and human rights organizations aimed at staining Libya’s reputation despite the fact that “everyone knows that Libya is a victim of illegal immigration and smuggling as it is a crossing point.”

“They aim to show Libya as a failed state by mixing all cards – political, economic, social, and military – together, thus looking away from the country’s efforts on all levels to fight the illegal immigration and human smuggling in Libya amid the existence of criminal militias working tirelessly to keep those violations ongoing.” He added.

He also vowed that they won’t allow any bad representation of Libya, urging “patriotic media figures” to take a stance against the current media campaign that targets Libya as a whole.

A CNN report displayed what it described “humiliating” slave auctions where migrants are being sold in Libya, saying authorities in the country were informed and given the evidence, along with the ICC prosecutor. On Friday, the CNN also reported that Libyan authorities had started probing the slave auctions inside the country.

Meanwhile, the Libyan Foreign Ministry said it was following on the issue reported by media outlets, which showed how certain people took advantage of illegal immigrants, denouncing such inhuman acts that go at odds with Libyans’ beliefs and cultural values.

The Foreign Ministry added in a statement that there is a probe that has been opened in the issue by Libyan related authorities, indicating that if the allegations were true, all the involved persons will be punished as per the law, citing commitment to UN charters in this regard and all laws that ban human trafficking and enslavement.