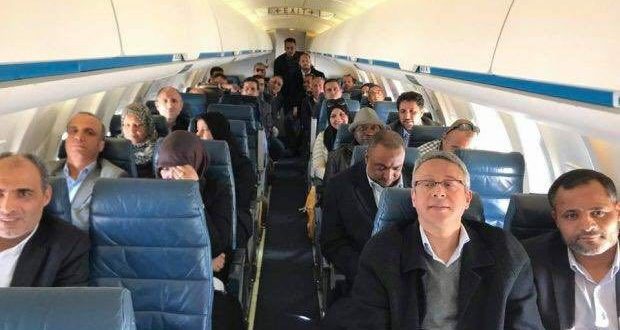 The HoR member said on his Facebook page that the procedure was prompted by “security precautions” although the plane was granted with all needed legal passes, according to the plane crew.

“The procedure taken in Tobruk airport against the plane is pretty much awkward and illogical.” Saifulnaser added.

The UN plane diverted its destination back to Mitiga airport when it was denied landing.

In the meantime, the HoR Speaker Aqialh Saleh denounced the rejection of the landing of the UN plane at Tobruk airport, requesting an urgent probe into the incident that disallowed several MPs on board the plane from attending a parliament meeting in the city.

According to the HoR website, Saleh summoned the Head of the Transportation and Civil Aviation Authority to look into the issue, demanding punishment for the ones responsible for the rejection.

Likewise, the spokesman of the HoR, Abdullah Belheeq, said that Speaker Saleh postponed Monday’s HoR session to Tuesday until the MPs return on the same plane and touch down at Torbuk airport.