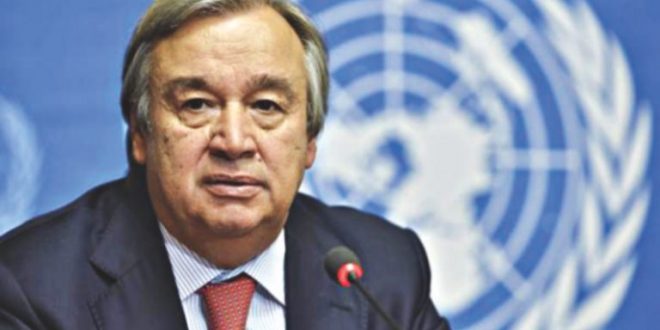 The UN secretary-general has said he is horrified by the CNN video footage showing sub-Saharan migrants being sold off as slaves in Libya.

“Slavery has no place in our world”, said Guterres, “and these actions are among the most egregious abuses of human rights and may amount to crimes against humanity”.

The UN chief said that he abhorred “these appalling acts”. He called upon the competent Libyan authorities to investigate the allegations without delay and bring the perpetrators to justice.

“I have asked the relevant United Nations actors to actively pursue this matter” said Guterres.

Sources in New York have indicated that the UN is running out of patience with its International Criminal Court (ICC), whose chief prosecutor Fatou Bensouda has repeatedly reported that she is acting against war crimes and civil rights abuses in Libya. In her latest report, Bensouda assured the UN Security Council that 2018 would see a step-up in the ICC’s Libyan investigations, though she once again pleaded for more resources.

That impatience may have manifested itself in UNSMIL chief Ghassan Salamé’s second Security Council report in which he suggested that  “joint tribunals” should be set up to investigate Libyan war crimes suspects. Salamé might not have floated this idea, which would appear to cut across the function on the ICC, if he had not been encouraged from within the UN itself.

Today Guterres urged every nation to adopt and enforce the UN Convention against Transnational Organised Crime and its protocol on trafficking in persons. He pressed the international community to unite in fighting “this scourge”.

He continued: “This also reminds us of the need to address migration flows in a comprehensive and humane manner: through development cooperation aiming at addressing its root causes; through a meaningful increase of all the opportunities of legal migration and through an enhanced international cooperation in cracking down all smugglers and traffickers and protecting the rights of their victims”.