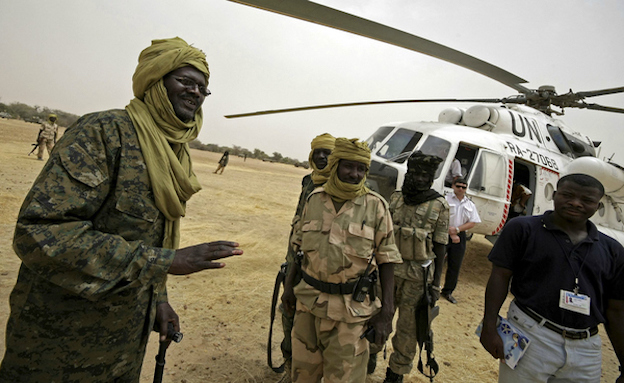 Sudan to address illegal migration to Libya in cooperation with AU

Sudanese President Omar Al-Bashir announced yesterday that he is willing to fight illegal migration to Libya in cooperation with the African Union’s Peace and Security Council.

Al-Bashir was speaking during a meeting with the head of the National Forces Alliance and former Libyan Prime Minister Mahmoud Jibril at the presidential palace in Khartoum.

“My meeting with Al-Bashir revolved around the efforts made to curb illegal migration and coordinate efforts to address the implications and effects of migration.”

He continued: “I have explained to President Al-Bashir the point of view of the Libyan National Forces Alliance on the issue of illegal migration.”

He also added: “We will continue our efforts with parties in other African countries we will give all support to Al-Bashir to enable him to urgently address this issue within the African Union.”

In June, the US State Department’s annual report classified Sudan as one of the third-tier countries whose governments do not meet the minimum standards for anti-human-trafficking and do not make efforts to do so.

Sudan is a passageway for illegal migrants, most from the Horn of Africa, who are transported to other countries, such as Israel, through the Egyptian Sinai Desert, as well as to Europe through war torn Libya.