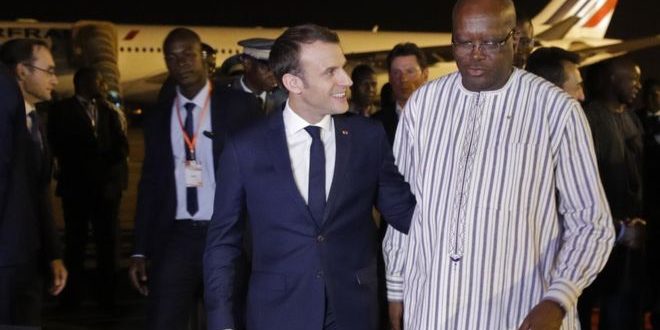 French President Emmanuel Macron has said that African migrants trapped in Libya must be evacuated.

Before his appearance at the EU-Africa summit, Macron told Burkina Faso students that migrant trafficking was a crime against humanity.

Macron also indicated on Tuesday to university students during a wide-ranging speech in Ouagadougou that he would give details of his rescue proposal at the three-day EU-African Union summit starting Wednesday in Abidjan, Ivory Coast.

“Africa and Europe must “help populations trapped in Libya by providing massive support to the evacuation of endangered people,” Macron said.

Meanwhile, Burkina Faso recalled its ambassador from Libya, saying it was unacceptable to have slaves in this 21st century.

Macron’s remarks follow a CNN footage aired on November 14 that showed the alleged auction of migrant men as slaves in Libya.