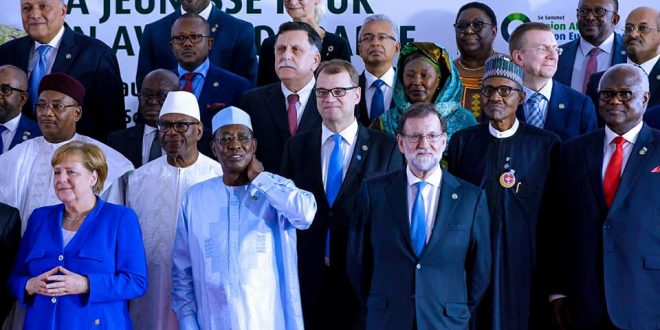 A plan for a voluntary evacuation of migrants in Libya government-controlled detention camps lies at the heart of an emergency migration plan for Africa.

Leaders from the European Union and the African Union arrived for the summit in Ivory Coast on Wednesday vowing to take action following CNN’s shocking video footage of slave auction houses in Libya.

The plan, which could see up to 15,000 people fly back to their countries of destination,requires the Libyan government to allow the UN’s evacuation planes to land, as well as for source countries to come to a holding centre in Tripoli and take back its citizens. Migrants without documentation would be held until their case is resolved.

The EU is likely to provide the funding, which in effect dramatically speeds up a voluntary repatriation scheme already being run by the International Organization for Migration.

The pressure has doubled on the EU and the AU as well as the international community regarding the dire situations of the illegal immigrants, who are stranded in Libya, after strict measures taken by the Libyan coastguards and international partners had blocked their sea route to Europe.

International Relations and CooperationSecurity SituationTrafficking and Migration
All
2017-11-29
asaeid
Previous Libyan east forces to end conflict by military action by end of 2017
Next African refugees bought, sold and murdered in Libya