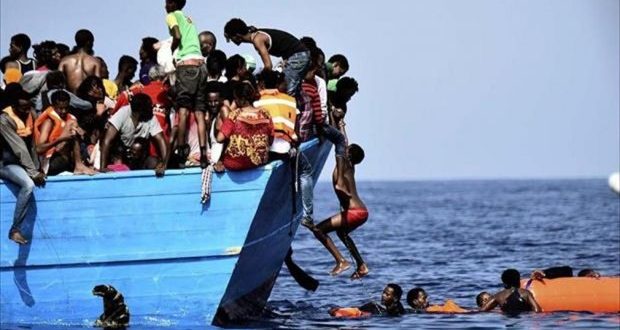 The European Union, United Nations and African Union have agreed to an emergency plan to dismantle people-smuggling networks and repatriate stranded migrants, in an effort to ease a human rights disaster in Libya, officials said.

Images broadcast by CNN earlier this month appeared to show migrants being auctioned off as slaves by Libyan traffickers, sparking outrage in Europe and anger in Africa. It forced the issue of abuse of African migrants heading for Europe to the top of the agenda of a summit meant to focus on Africa’s youth.

French President Emmanuel Macron said the plan included the establishment of an “operational task-force” composed of European and African police and intelligence services.

“The goal will be in very short order to be able to arrest identified traffickers, dismantle these networks and their financing which goes through banks and payments that in the region contribute … to sustaining terrorism,” he said.

France would use its military presence in the region to help break up trafficking networks, but the plan would not involve sending French troops into Libya, Macron said at a press conference in Ghana today.

“On Libyan soil, it is now up to the Libyan government to decide in connection with the African Union,” he said. “It is important to preserve the sovereignty of Libya.”

The plan, the details of which emerged today, came from a meeting of UN officials, EU leaders and government representatives from Chad, Niger, Morocco, Congo and Libya that was called by France yesterday.

Libya’s government, which has promised to investigate reports of slave auctions, said it would grant UN agencies access to migrant camps in areas under its control, German officials said.

EU countries, meanwhile, will finance the repatriation of migrants from Libya, a process that is already being organised by the International Organisation for Migration, they said.

Allowing Africans to come to Europe on a temporary basis for three of four years of training or schooling was also discussed, according to European government officials. “Circular migration” could be key to easing illegal migration, experts have said.

Regional governments have also agreed to educate Africans about the dangers of migration, and there will be stronger coordination between security services across North, West and Central Africa to eradicate smuggling.

Vulnerable migrants who might eventually qualify for asylum will be brought to Chad or Niger before being relocated to a third country either in Europe or another region.